Skip to content
Sleep starts here. Use discount code SLEEP2022 to save $50 at checkout.

How Does Sleep Actually Work?, Video

The Different Sleep Stages & How to Fall Asleep More Easily

So how do we fall asleep? How do we fall asleep and maintain sleep all night long, and actually, what happens once I do go to sleep? I hear these things about deep sleep, REM sleep, and maybe, what’s the most important of those sleep stages? We’ve heard a lot of myths around that, and that’s why we’re here today. We’re going to try to clarify some of that information that you probably heard. So, what does it take to fall asleep?

How to Fall Asleep More Easily

First, we have to have a sleep debt, and that’s kind of unusual. I’m telling you, you actually need to be a little fatigued and tired in order to fall asleep quickly when you’re ready to go to sleep. So, for example, if you had a great night of sleep and you’ve gotten up in the morning, you’ve showered, you’ve gone in and had breakfast, it should be very difficult for you within an hour or two of going back into the bedroom and falling asleep.

You shouldn’t fall asleep quickly. If you do, you’re probably having some pretty poor sleep at night. A converse of that is if you’ve probably gone and maybe stayed awake all night long, so you’ve been awake for 24 hours or maybe 36 hours or something like that, and you get an opportunity to put your head on a pillow. You’re probably going to fall asleep very quickly. So, there was a big sleep debt associated with that, and you’re going to fall asleep. So, we need to have a little bit of a sleep debt based upon our circadian rhythm.

2. Go To Sleep at the Same Time Every Night

And then we need to have low physiological stress around that. So what I mean by that is you probably don’t want to go out and run a marathon prior to falling asleep. You probably don’t want to do a lot of weightlifting and then try to fall asleep. Even things like caffeine and eating great big meals and those kinds of things prior to falling asleep put physical stress on our body, and we don’t need that in order to fall asleep.

What Are the Different Stages of Sleep?

So what are all these stages of sleep? What happens once I do go to sleep?

A non-rapid eye movement sleep is actually in categories and under three other ones as well. Its stage N-One, stage N-Two, and then we have this stage N-Three. That’s deep sleep, slow-wave sleep, delta sleep. You’ve heard it called all of those. And most of that deep sleep or slow-wave sleep that we get is mostly in the first one-third of the night within the first three hours of sleep.

Once we get past three hours of sleep, most of us get very little to no deep sleep whatsoever. So, that first three hours of sleep, once we go to sleep, we sleep fairly well. So, think of it like this. During deep sleep, we’re starting to tune out the environment — things like light temperature, noise, pressure from the mattress, pain that we even have. Our body starts to kind of tune all of that out so we can get the deep sleep or the slow-wave sleep that we need. If you think about your children, children are great deep sleepers or slow-wave sleepers. You can take them out of the car, move them into the house, and put them into their bed, and they appear to never wake up because they’re great deep sleepers. So, that first one-third of the night, that first three hours of deep sleep, that’s when we start tuning out the environment. We used to think about deep sleep as that stage of sleep where we were really kind of healing up the body.

It thinks it’s real. So our body sets up a fight or flight mechanism. Either I’m going to beat up the boogeyman or a little guy like me is going to run from the boogeyman because I got to get away. The only thing that prevents us from either beating up the boogeyman or running away is we lose all skeletal muscle tone during that period of time. It’s one of the hallmark factors that allows us to know that you are actually in REM sleep. So, we lose all skeleton muscle tone, so we’re paralyzed. So every one of us, every night when we go into REM sleep, we become paralyzed as we lie there in bed. Now, we usually think this REM sleep was great for the brain because we know that during REM sleep, we’re consolidating memories so that we can learn information better from what we’ve done in the daytime.

The Benefits of REM Sleep and Deep Sleep

So, we used to think, as deep sleep or slow-wave sleep is great for the body, REM sleep or rapid eye movement sleep is great for the brain. But, we’ve actually found out that there is a little bit of a mix of both associated with that. Because what we do know now is that during deep sleep or slow-wave sleep, we have a system called the glymphatic system. It’s similar to the lymphatic system from the body that takes waste away from the body. The glymphatic system takes waste away from the brain. So as our brain uses glucose in order to process memories and do the work it does, it actually produces waste. And one of those waste products and some of them that we start to see build up over time is amyloid plaquing and tau proteins associated with that.

And if you’re familiar with those terms, we’re oftentimes associating that with a degenerative decline or an inability to remember things during the day times. So that cognitive decline that happens, but it’s also associated with Alzheimer’s disease. So, we want to make sure we’re getting the deep sleep, the slow-wave sleep that we need so we can flush out all of those toxins that are associated with that so we can actually decrease our chances of cognitive decline and decrease our chance of getting Alzheimer’s disease.

So, that’s our goal with you. We want to make sure that, as we look at your sleep and your sleep patterns, and we all do some different things during sleep, we’ll start to explain to you, maybe why you’re waking up after three hours for the first time in your life. Every night you wake up at the exact same time, and you now know it might be because you’ve now done your deep sleep after that first three hours. And now we’re starting to cycle in and out of REM sleep. And now we’re starting to get this time where I wake up every time the same night. That’s the fun stuff we get to have with you. We’re going to explain to you what goes on in your sleep, and we’ll get an opportunity to help you start sleeping better. 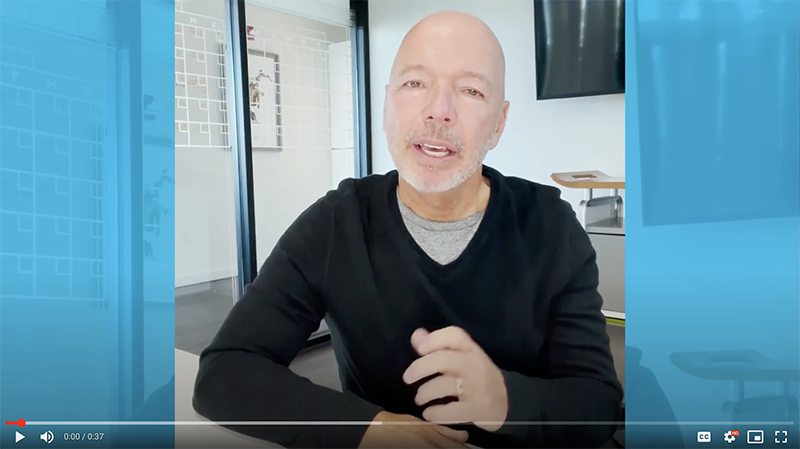 Melatonin: How effective is it for insomnia treatment? 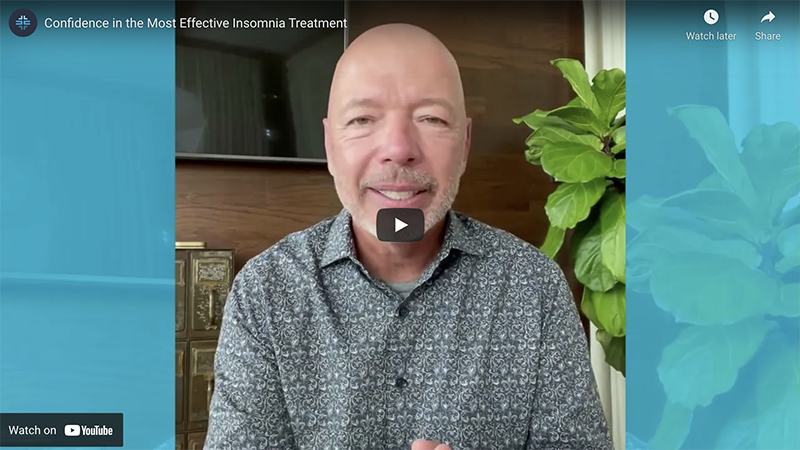 Confidence in the Most Effective Insomnia Treatment

We’re excited to help you start sleeping better, sooner through our interactive program. This program is only $549 and is 100% satisfaction guaranteed, or your money back. Sign up today.